The 7 Habits of Highly Successful IT Engineers

Sorry if you’ve heard this one before, but here is my experience in brief:

I only mention this because I want to get across that I've worked with a lot of IT people from the helpdesk up to the CTOs for very small and very large companies. I've trained many thousands of IT engineers at all levels and kept in touch with many of them as they progressed in their careers.

I wanted to encourage you to take a step back from what you are doing at the moment and look at your career aspirations and whether you are doing what you need to do in order to get what you want.

I present to you the 7 habits of the most successful IT engineers I've worked with over the years.

1 – They Are Always Learning

Look at the top engineers in any field, and you will find that they have an exam they are studying for. I guarantee it. This tells us that the learning never stops. If these guys are picking up the books, doing hands-on labs, and taking exams, then we need to be doing the same.

2 – They Are Always Curious

It’s not enough for the most successful IT engineers to fix a problem. Why did it happen in the first place? What caused the issue? How can we stop it happening again? What can I do to fix the root issue?

Sitting with the top Cisco engineers in Brussels one day, I heard one on a critical network down phone conference with the network engineers and senior management from a large blue chip company. They were looking at issues with their core Cisco routers, and then out of nowhere, the Cisco engineer quoted a notice issued by Microsoft earlier that day pertaining to their server software. He said it could be causing a network issue, which was affecting the routers.

It turned out to be the issue, and a major network issue was resolved then and there.

Needless to say, I was mightily impressed. How many Cisco engineers would have known that? Most would have checked the routers and declared proudly that it wasn’t their problem.

3 – They Are Always Helping Others

The best engineers I’ve ever met are kind and friendly people. They never mock junior engineers and love to spend time with other curious people.

We’ve all met very clever IT people who know a lot but hold onto their knowledge like it’s some sort of secret they don’t want others to know. Ten years later, they are still in the same role but even more bitter.

If you read the biographies of the top IT engineers, you will always find that they have worked for several companies. You could argue it’s because they have been head hunted, but you could also argue that they regularly look for fresh challenges and experiences.

Once you get to know a network, you will find that the same issues crop up time and time again, and of course, the same fixes are applied. I had this when I worked at BT as a freelance network engineer for 11 months. Some of the other freelancers had been there for four years doing the same fixes over and over again. No thanks.

5 – They Have Excellent Social Skills

Life is all about family and friends and great experiences. We will never look back at the end of our life and think about what great bits of equipment we've configured!

The best IT engineers often move into technical manager roles where they do presentations and project management dealing with customers, teams, and the general public. They often start their own companies, such as INE.

6 – They Are Team Players

The very best IT engineers are team players. Nobody gets to the top on their own and none of us can be good at everything. Part of being a team player is finding your strengths and weaknesses and working with others who complement these. This is why I married the woman I did. She has the qualities I lack, such as empathy and listening skills, while I’m very motivated and results oriented.

You know the saying about failing to plan is planning to fail.

I’ve seen so many people try and try again for something, and if it doesn’t work out, they quit and become bitter. If you want to survive, you have to adapt. I never expected to teach IT, but when the consulting dried up for me, I took a look at my skills and realized that I could easily share my knowledge with others. The rest is history.

A plan sets out where you want to be and by when. It spells out what steps you need to take in order to get closer to this goal. Fewer than 5% of people have a written plan to follow. 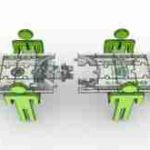 Should You Study for Fun or Money? 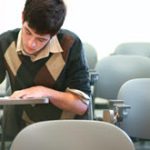 How to Avoid Freezing Due to Exam Nerves 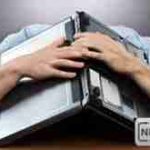 7 Study Mistakes You Are Probably Making 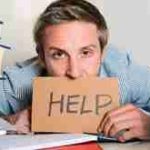 How to Study When You Don’t Have Time to Study