Docker is a set of platform as a service products that uses OS-level virtualization to deliver software in packages called containers. Containers are isolated from one another and bundle their own software, libraries and configuration files; they can communicate with each other through well-defined channels.

This course will teach you all the basics of Docker. Included are several hands-on labs (using free software) where you can follow-along with a Docker expert as you:

By the end of the course you will be able to configure basic Docker and understand related concepts. 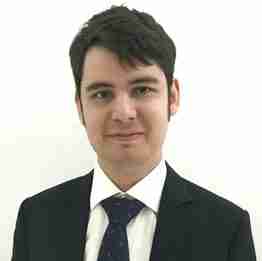 Daniel has many years experience with cloud technologies including AWS, Aliyun and GCP. He can architect, build and modify systems in these clouds on either multicloud (with terraform) or use cloud-specific tools such as cloudformation. His other skills include coding in Python and PHP as well as working with with MySQL, Linux, Ubuntu, Centos.

His latest project involves working with a blockchain based company in Hong Kong, mostly writing API's for cryptocurrencies and an interface to use via the web. He's planned and carried out multiple operations in his time as a system administrator, more favouring the software side (cloud based).

Here's what is included: