Wireless Standards are covered in most IT certification exams including Cisco CCNA, CompTIA Network+, A+ and of course the Certified Wireless Network Associate. There are around 20 standards in existence but we'll cover just a few here. We cover wireless standards in our free CompTIA Network+ book.

You can expect to be grilled on specifics such as 802.11a and others in technical IT interviews for roles including network support, network security, design and others.

The original IEEE 802.11 standard was released in 1997 and clarified in 1999. This standard defined wireless LANs that provided up to 2 Mbps of throughput. The original standard specified the FHSS and DHSS transmission schemes and the S-Band Industrial, Scientific, and Medical (ISM) frequency band, which operates in the frequency range of 2.4 to 2.5 GHz. This standard is now considered obsolete because this throughput rate is too slow for the majority of modern applications. The original 802.11 standard is also sometimes referred to as IEEE 802.11 legacy.

The 802.11b standard is an extension to 802.11 that operates in the same unregulated 2.4-GHz band as the original 802.11 standard. While this reduces the overall cost of the WLAN, it also means that this standard is susceptible to interference from other devices, which include microwave ovens, cordless telephones, and baby monitors, for example. Devices operating on 802.11b use DSSS modulation for higher speeds. The data rates on a channel can vary according to client capabilities and conditions. However, the only possible data rates are 1, 2, 5.5, and 11 Mbps. The 5.5 Mbps and 11 Mbps are two new speeds added to the original specification.

The 2.4-GHz band consists of 14 channels, each 22-MHz wide. In North America, the Federal Communications Commission (FCC) allows channels 1 through 11. Most of Europe can use channels 1 through 13. In Japan, only channel 14 is used. APs or clients use a spectral mask or a template to filter out a single channel based around a center frequency.

While going into specific detail on 802.11b channel separation is beyond the scope of some exam requirements, it is important to know that even though 11 channels are supported in the U.S., there are only three non-overlapping channels available: Channels 1, 6, and 11. It is therefore recommended that APs that are located near each use one of these three non-overlapping channels to minimize the effects of interference.

The IEEE 802.11a standard is an extension to 802.11 that applies to WLANs and provides up to 54 Mbps. This standard uses OFDM and does away with the spread spectrum. As a result, it is not compatible with 802.11b or 802.11g and therefore this standard is seldom used any more. 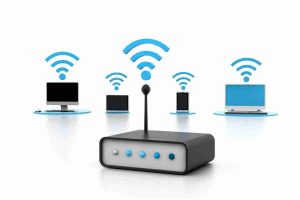 802.11a equipment operates at 5 GHz. This higher frequency range means that 802.11 signals are absorbed more readily by walls and other solid objects in their path due to their smaller wavelength, and, as a result, they cannot penetrate as far as 802.11b signals. The FCC has allocated 300 MHz of RF spectrum for unlicensed operation in the 5 GHz block referred to as the Unlicensed National Information Infrastructure (U-NII) band. This is broken down into three smaller working bands, which are described below.

IEEE 802.11n improves on 802.11a and 802.11g maximum data rate with a significant increase in the rate from 54 Mbps to approximately 600 Mbps. The 802.11n standard includes several enhancements to the previously described 802.11 standards. These new enhancements include the following: 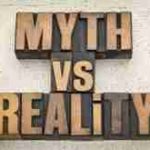 5 Myths About IT Certification 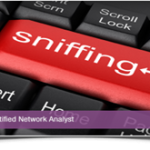 5 Reasons You Should Get Wireshark Certified 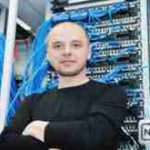 The 5 Best Non-Technical IT Certs 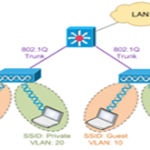