Power over Ethernet (PoE) is a technology that allows switches to pass electrical power along with data on Ethernet cables. This is usually done on the four extra wires in UTP cables, the ones that are not used for data transmission.

PoE is generally used to power up non-critical network devices in order to reduce cabling necessities in the office. Such devices include:

You can learn more about PoE in our Cisco CCNA course.

Cisco IP phones can use an external power cube to draw their power, or they can draw their power from the switch to which they are connected. This power is sent within the Ethernet cable connecting the switch and the IP phone. The following are two methods for providing ILP:

Before providing power, the switch needs to determine whether the port is connected to a power-capable device. Cisco ILP and the IEEE 802.3af-2003 standard use different power detection methods, both of which are supported by the switch.

IEEE 802.3af-2003 uses a Direct Current (DC)-powered device detection method. The DC detection method applies a DC current and detects the presence of a PD by measuring the load applied by the PD. The switch (PSE) will expect to see a 25 kΩ (Kilo Ohm) resistance between the pairs in order for the device to be considered a valid PD. If the PSE does not detect a valid 25 kΩ resistor, power is not applied to the port.

Unlike the IEEE 802.3af-2003 standard, Cisco ILP uses Alternating Current (AC) for PD detection in conjunction with a low-pass filter that allows the phone discovery signal to loop back to the switch but prevents 10/100 or 1000 Mbps frames from passing between the receive and transmit pairs. PD discovery operates in the following manner for Cisco ILP:

NOTE: The FLP will only be looped back when the PD is unpowered (i.e. has not received power). This allows the switch (PSE) to know that the device requires power.

ILP device discovery is illustrated below in Figure 1:

Using either the Cisco ILP or IEEE 802.3af-2003 method, if the PD is a Cisco IP phone, it uses CDP to tell the switch (PSE) how much power it wants. The CDP message contains an ILP Type/Length/Value (TLV) field that informs the Cisco Catalyst switch (PSE) of the actual power required by the device.

If the power is less than the default 15.4 W, the PSE acknowledges the request with its available power and modifies the PSE’s power budget. If the requesting PD exceeds the power budget for the line card or switch, the port either is powered down or remains in low-power mode.

DC detection differs from AC detection in that AC detection transmits a low-frequency AC signal (a low-pass filter) and expects the same signal to be received back on the receive pair. DC detection applies a DC and detects the presence of a PD by measuring the load applied by the PD.

Once the powered device has been detected, the PSE needs to supply power. The IEEE 802.3af-2003 standard states that power may be delivered by an end-point PSE, using either the active data wires of an Ethernet port or the spare wires, to a PD. An end-point PSE, such as a PoE-capable switch, may implement either scheme. It should be noted that even if a device supports both methods of providing power, only one mechanism may be used to deliver power to a PD.

Cisco ILP is provided over the data pairs, as is the case with IEEE 802.3af-2003 mode A. The default ILP allocation is 10 W. However, once the inline device is enabled, it will use CDP to adjust its power to the actual requirement. This enables the PD and PSE to negotiate their respective capabilities in order to explicitly manage how much power is required for the device and how the PSE-capable switch manages the allocation of power to individual PDs.

The PSE is required to detect when the PD has been disconnected in order to ensure that power is withdrawn from a port before a non-powered device, such as a workstation or laptop, is connected to the switch port.

The IEEE 802.3af-2003 standard defines two mechanisms for disconnecting power once a device has failed: DC disconnect and AC disconnect. The DC disconnect method detects when PD current falls below a given threshold (5 to 10 mA) for a given time (300 msec to 400 msec). The AC Disconnect superimposes a small AC voltage on the power and measures the resulting AC current. If the impedance is above 26.25 kΩ (Kilo Ohms), power is shut off. With Cisco ILP, the PoE ports have a power disconnect mechanism that will remove power from the port if the Ethernet link status is down.

The IEEE 802.3at-2009 PoE standard, sometimes called ‘POE+,’ provides up to 25.5 W of power, although some vendors have announced products that claim to comply with the new IEEE 802.3at-2009 standard and offer up to 50 W of power over a single cable by utilizing all four pairs in the cable.

While Cisco Catalyst switches support both the IEEE 802.3af-2003 and ILP PoE methods, it is important to remember the differences between these two in order to differentiate between them. These differences, which are described in the previous section, include the following:

The [max <max-wattage>] allows the administrator to limit the power allowed on the port. The range is 4000 to 15400 milliwatts. If no value is specified, the maximum is allowed. The [never] keyword is used to disable device detection and disable power to the port.

The [static] keyword is used to enable PD detection and to pre-allocate or reserve power for a switch port before the switch discovers the PD. This is used when connecting to PDs that cannot communicate with the PSE using any of the discovery methods that are described earlier in this section. These advanced PoE configuration options are beyond the scope of the SWITCH exam requirements and will not be described or illustrated in this chapter.

The show power inline [interface | consumption default | module switch-number] command is used to display the PoE status for the specified PoE port or for all PoE ports.

The [consumption default] option is used to display the power allocated to devices connected to PoE ports. The [module switch-number] keywords are applicable when the switches are stacked together. These keywords can be used to limit the display of ports on the specified stack member. This is beyond the scope of the SWITCH exam requirements. The following output illustrates how to verify PoE status using the show power inline command: 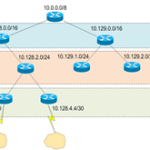 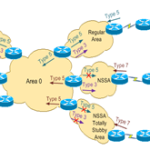 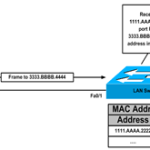 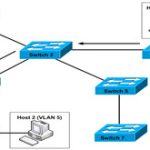