When it Comes to IT, a Little Knowledge is a Dangerous Thing 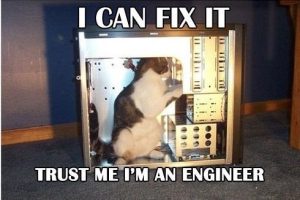 As you may already know, I've worked in several full-time IT roles, from helpdesk up to WAN support team for Cisco Systems in the UK. After that, I did some freelance work before starting my own IT consulting company.

Much of what I did was helping full-time staff install and configure Cisco routers and switches, and the rest was taking over a network from a previous network engineer who had vanished for some reason. It was the latter who caused the biggest headaches for both the customers and me. It was probably the reason why they vanished to be honest.

One example was a large government office I was called into to help with a few network issues. There were problems with a number of remote offices where anywhere from one to ten employees worked. One of my tasks was to find out why one remote office had a terribly slow internet connection.

They had a 256kbps line, which at the time (2004) was more than adequate, but their connection was so slow nobody could get any work done. When I checked the router, it was a Cisco Small Office Home Office (SOHO) model but certainly adequate for the job. When I checked the configurations, I was shocked.

The IT consultant who had installed all the routers hadn't done a very good job. I changed the configuration to send all traffic out to the next hop router because it had to go there anyway. The CPU utilization dropped from 98% to 5%, and the speed improved dramatically. Everyone was delighted of course. I’d just fixed a rookie mistake any CCNA level engineer could have fixed.

I can only guess that the consultant who had configured the routers wasn’t certified and had read up on OSPF before installing them. Because the core of the network was running it, he thought this branch router should do the same.

This is where the value of getting certified comes in. You can make informed and intelligent decisions. If I had been involved from the start, I would have made the case to put static routes on all the remote offices. If the IT manager had decided against me, then at least I would have made a valid case.

I strongly encourage you to get certified, so you have the knowledge, skills, and confidence to do a good job.

CCNA and CCNP Passed in 3 Months! 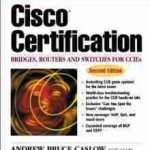 12 IT Books Every Cisco Engineer Should Own 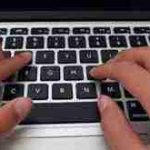 Why Touch Typing Will Make You a Better Network Engineer