The Worst IT Career Advice I've Ever Been Given 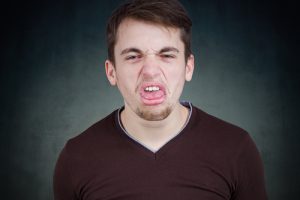 They say opinions are like armpits; everyone has them, and most of them stink!

Of course, the irony of me offering my opinion here in this blog post doesn’t escape me, but I never give advice one a topic I don’t know very well indeed. I worked as a police officer in the UK for 12 years before starting out in IT on a helpdesk as an employee. I then got a job working for Cisco systems which lasted for 2 years until we were all made redundant because for one-quarter of what they were paying us they could hire two engineers in the Philippines.

From there I decided to run my own business was the way forward because I couldn’t be made redundant. I built an IT consulting and training company from scratch to $400,000 income while only working four days per month. But that’s a story for another day.

Before trolling was invented, people used to use forums to throw all their crap at other people. On IT forums, I saw certain people gain notoriety as the ‘go to resource’ for any IT related advice. One such guy worked for a big name exam testing company. Off the back of the fact, he worked at this company he made himself the top poster on my IT forums.

These guys literally created hundreds of posts every day across multiple forums and were renowned for attacking anybody who disagreed with them (myself included). They thrived off their reputation but what made me suspicious was the fact they seemed to be certified in everything but weren’t particularly good at anything. They said they were ‘CCIE level’ whatever that means but had never passed the exam. But worse for me was the dogshit advice they doled out to newbies who didn’t seem to know any better and these people no doubt wasted months of study and thousands of dollars which wouldn't take them any closer towards their goals.

So, without further ado, here is the worse advice I’ve seen dished out by people who clearly have no clue. Bear in mind this is just my 10 cents, follow my advice or do something completely different. It’s your life, so you have to live with the consequences, not me.

Baloney. Unless you are a business owner hiring various IT people or an IT manager who has to check in with various departments you shouldn’t generalize. I know enough to see what somebody is trying to BS me in most IT subjects.

The only exception is the small business support person who has to fulfill various roles. I despise this sort of role because, although you may get all the prestige you don’t get the pay commensurate with your knowledge, and you can expect to be on call 24/7. No thanks.

Really? Says who? I fell for this one when I started out. I took a huge pay cut and started off at a helpdesk thinking that I could learn the ropes and work my way up. It took me 5 years to work my way back to the salary I had been on in the police.

Add to that the fact that I wanted to get into networking but the helpdesk was mostly supporting bespoke software and Microsoft Office. Pretty much useless for a career in networking.

Start as high as you can and learn as you go along. If you don’t understand something, then go and learn it in your own time or ask to be put on a course at your employer's expense.

By the time I had worked my way up to the top tier of the network support team, I had realized that many of my colleagues weren’t very knowledgeable at all so I might as well have started there in the first place.

The vast majority of job adverts ask for X months or years experience. But these adverts are more of a wish list than actual requirements. Say for when Windows 10 came out for example. It launches on Monday, and the jobs adverts go live on Tuesday asking for 12 months experience supporting it! Duh.

If you all need experience in IT to get into IT then how the heck does anybody get a job in IT? This is why getting certified is so important. Just like being an airline pilot, you pass the exams before you are ever allowed to fly a real aircraft. They don’t let you start flying the plane and send you on the course later on!

Get certified and apply for jobs as you are studying. Worst case, you get rejected but so what?

What? IT people are the least active group of employees I’ve ever seen. They move less than sloths. Unless you are lifting heavy servers to install into racks, then zero strength is required. All you need to be able to do is do your job. Most of this will involve moving a mouse or typing on a keyboard. Maybe even pulling out the odd cable and putting it back in again.

The oldest guy I’ve trained was 67, he came onto one of my boot camps, passed his CCNA exam and got a job the same month. Before that, he’s been a gardener but ironically he was too old for that job now because his knees were sore.

Are you kidding me? If that were the case, we would all be using computers as big as rooms and climbing inside them to swap out blown valves. I hated desktop support so went into networking. Eventually, I got sick of that and went into teaching IT courses. Eventually, I’d had enough of that and did project management. Not once did somebody tell me I couldn’t do that.

Today, if I were looking to move into an exciting career with off-the-scale pay rates, I’d go into cloud computing in a heartbeat. I’ve been trying to push all my students down that road for a long time now, but I feel many are too stubborn.

An excuse made by lazy people. Who hires unqualified people nowadays? Maybe in the 1990s when IT certification was in it’s early days you could get by on experience. But we live in an age of where IT is considered a core business function. Where everything is risk assessed and nobody can touch anything without being insured and to get insurance you need to be certified. The Department of Defense, HP, Cannon and most every other blue chip company won’t let you near their network without the CompTIA Network+ as a starting point.

If you want to get called for an interview, then you MUST be certified. Trying to rely on experience won’t cut it anymore. If you are as good as you say you are then to take the exam tomorrow. It’ll be easy.

Most of the exam vendors set to rip off prices to take the exams. In fact, the price of taking the exams is a disgrace in my opinion.

But, to study for exams should be pretty cheap. Books you can get from libraries or second hand from eBay or Amazon or on Kindle for a few bucks (you can even lend books on Kindle). Most software comes with free trials, or you can rent online labs for just a few bucks. Even buying a Cisco home rack is effectively free because you sell it when you are finished.

Most online training courses now are just a few bucks per month and include exam testing engines and support forums. For the CCNA exam, for example, you should expect to spend around $100 – $150 which you will recoup in the first half day of work as a network support engineer. That is a brilliant return on your investment.

P.S. I’ve disabled comments for this post because I’m not seeking opinions. As I stated, this is just my personal opinion.

Check out my IT career courses at the below site. $20 per month for access to over 30 IT courses via streaming video. 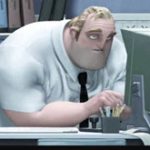 Taking an IT Job for Money or Enjoyment 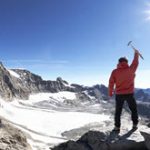 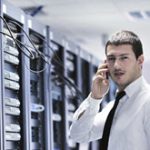 How to Moonlight As an IT Consultant 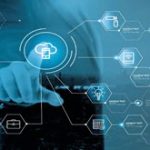 IT Skills You Need for 2018 and Beyond