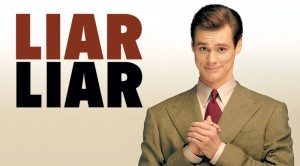 We all have our strengths and weaknesses. I can’t list all my weaknesses here, but I can happily list one of my strengths: I don’t listen to negative people.

When I first thought about leaving behind my 12 year long police career and going into IT, I began to do some research. What I found truly frightened me. There were scores of IT forums with self proclaimed experts dolling out exam and career advice, and all of it was both negative and wrong. I also noticed how many newbies were believing what they were told and making some terrible career decisions in the process.

The internet is a strange place full of weird characters, and they all have an opinion. But how many opinions are based on real world experience and how many are just from frightened people who have never tried anything new or been knocked back once and become bitter?

Here is some of the advice I see doled out time and time again. I respond not only with my personal experience but that of the tens of thousands of students I’ve trained and coached via my classroom courses or websites:

1. You need to start at the bottom and work your way up.

I actually fell for this one. I took a huge pay cut and took my first IT job working on a helpdesk doing tier 1 support, which is basically low-level stuff, such as resetting user passwords and helping people find the spell checker in Microsoft Word. It was for Yellow Pages. I’m sure you can imagine it was pretty soul destroying.

After about two months, I realized I’d learned everything I was ever going to. All I had to look forward to was moving up to Tier 2, which was basically more of the same. They just knew more fixes than Tier 1.

I applied for a network support role with Cisco and got the job. It was a big pay hike, and the work was far more rewarding. The helpdesk was of little use or relevance to my Cisco job, so I could have applied to Cisco in the first place and saved myself six months of low pay and pain.

This is the second biggest lie of them all. It may have been true in the 1990s and early part of this century, but it is no longer the case. There were few IT certs to take when I started an IT career in 2002. MCSE, Novell NetWare, CompTIA, and Cisco were about it. Even those weren’t really necessary, as long as you could prove you could do the job.

The IT industry used to consist of people who used to do the old PBX system and maybe the guy who could program some HTML. Now most IT departments are considered crucial to the survival of the company. They are run as a professional team, who are all qualified to do the job they carry out.

Qualified is the key term here. Most IT departments will not let you within a mile of their equipment if you have not satisfied them that you are able to do the job. This almost always involves passing a vendor approved exam. Check out CompTIAs website for more proof. Many of the big hitter companies and the US Department of Defense simply will not consider a job application without at least the A+, Network+, or relevant certification.

The “old school,” or what is left of them, still hang onto the fact that their years of experience are enough, and they shouldn’t have to lower themselves to pass an exam to prove anything. And yet not a week goes by without one of these “old schoolers” joining my website and posting that their job is at risk because they are not certified.

If you can do the job, then sit the exam. What is the big deal? Really? For those of us who are trying to break into the IT industry, then certification is the only way we can prove ourselves.

3. You can’t get a job in IT without experience

Utter rubbish. If that were true, how would anybody get a job in IT? Think about it. Is the IT department just grown in test tubes?

There has to come a point where a company looks to the outside to recruit. At this point, they will pass the job requirements over to the HR department, who formulate the job listing. The first thing will be sifting out the people they don’t want, so anybody not possessing the relevant qualifications will usually be told not to apply (see point 2).

I’ve written an entire training course on how to break into IT. It works time and time again.

No. Well, it CAN be enough to get you through the exam if it is a low-level exam, but it isn’t enough to get you the job. I can’t tell you how many students I’ve seen attend a job interview for technical support only to be placed in front of some routers and switches and told to cable it all up.

Of course, for advanced certs like the Cisco CCIE, it simply isn’t practical to buy all the equipment, but most CCIE candidates already have a large amount of live kit experience, and even then, they turn to online racks for lab time.

Feel free to argue with me or do what you think is right for your career. It’s just my opinion.

5.You can’t go into consulting without at least 10 years experience

I started my own IT consultancy after Cisco made my entire department redundant. I’ve consulted for many small to very large companies, some with multimillion dollar budgets.

Out of all the meetings I’ve had with clients, can you guess how many asked how long I’d been in the IT industry or how many other clients I’d worked for? The answer is none! Not a single client asked me. I met with them, asked them to explain to me what they needed help with, and then I told them if I could get the job done or not.

Sometimes I passed the work over to friends I knew were more suited to the job than I was, and sometimes I brought in other freelancers to assist, but I was never once challenged on my experience. The joke, of course, is that there are many freelancers out there who are just bluffing their way through. I’ve had to tidy up after many of them.

6. You need to know all the answers

I never understand this one. When I worked at Cisco solving NAT, Frame Relay, and WAN issues, we would often be faced with issues we didn’t know the answer to. Strange error messages or weird things would happen if a certain module was used with a certain chassis with a certain IOS. We usually turned to a huge database we could search for resolved cases involving the same issues, or we asked colleagues for help in internal forums. Actual configuration stuff and troubleshooting was easy enough because the same stuff cropped up time and time again, but in all my years of working in IT internetworking, I’ve never met an engineer who knew the answer to everything.

The closest you will ever get is an expert in a particular technology, but of course, this is an expert in his or her chosen field. Ask them something outside this field, and they won’t know.

I hope this helps. Please think outside the box and be careful where you are getting your advice from. Has this person achieved what you want to achieve or are they just giving an opinion? Are they courageous or trapped in a career they hate? 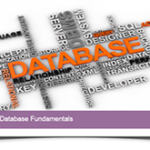 Why the Microsoft MTA Certification is For Everyone and Anyone

How to Land an IT Job – Free Infographic 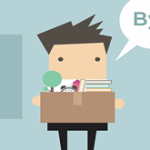 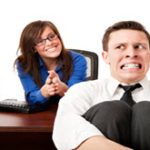 11 Questions Asked in Every IT Job Interview